That almost 50% of greyhound puppies bred for racing are killed before they can even see a track? This is mainly due to the fact that those greyhounds are insufficient for racing, according to breeder and owner standards.

In addition, these dogs are kept in extreme weather conditions (non-temperate, because greyhounds have such short coats), with minimal shelter. This is true of most non-reputable puppy mills, also, but this is not a PSA for “Adopt, Don’t Shop.”

We can all help improve this system by not feeding into the greyhound racing industry any further. When you go to gamble, don’t find yourself at the dog races.

For those who may be following this blog for various reasons, maybe related to my astronomy posts, those will be no more. Now, I’m going to allow this blog to take a turn: greyhounds.

I’m sure many of you aren’t familiar with greyhound racing, and that it still exists in the United States, but it does. The sport may not have as much popularity as before, but it exists. There are dogs to this day being forced to run in races until they quite literally can’t anymore.

I will be beginning an educational blogging campaign in order to inform you all about this beautiful breed and how the industry has perpetuated abuse of dogs that you may otherwise forget about.

The pale blue dot is Earth, but what if Earth is the only planet that gives off that specific color? While other exoplanets can and have mimicked the pale blue color, a broader portion of Earth’s overall spectrum shows a rather subtle signature that can only be attributed to life. Earth’s blue color comes from the transparent atmosphere. Transparent atmospheres are more likely to scatter blue light as opposed to red light, thus making the sky look blue. The scattering blue light can be seen from space also, so Earth appears blue to external observers as well.

Other planets are capable of duping scientists with their own pale blue colors. Many types of worlds, including gas and ice giants, planets with atmospheres of varying thickness, and words with “hydrogen dominated or thick, water-steam envelopes.” There is even speculation that Mars could have also been a pale blue dot in the past, when it had a thicker atmosphere. However, with Earth’s specific spectral signature in mind, the color has never been duplicated.

Spectroscopy would be able to confirm the atmospheric content of other worlds. If the world has an atmosphere rich in oxygen blended with other abundant molecules that could only be there due to life. Currently, the telescopes at our disposal can only detect and obtain the colors of young, gas giant-sized planets, leaving more work to be done in observing exoplanets and determining habitability based on color.

One of Saturn’s many moons, Enceladus, has been peppered with eruptions. Underneath the icy surface, there is a probability of a global ocean, which makes it even more suspicious that it has developed these fissures on its surface, mainly on the south pole. The erupted particles take about forty minutes or so to reach the level that the Cassini satellite can detect them, but the interesting thing is that these eruptions take about five ours to reach their peak. The scientists in the article Kite and Rubin, after extensive research, have noted that there is a point in time in which the water heats up enough to produce eruptions that match this lag.

Scientists have noted that this activity is similar to that on Europa, one of Jupiter’s moons, which leads scientists to believe that the study of Enceladus can help us find out more about Europa as well.

Uranus the most mysterious of the gas giants, in its form, orbit, and rotation. It is a widely known fact that Uranus rotates on its side, but its strange tilt also means that its magnetic field is skewed, so that its magnetic north and south are vastly different than its polar. In addition, the storms happen during strange periods of time. When Uranus approached Earth, scientists noticed that more-than-anticipated storms were occurring on the planet’s surface. Uranus is also the coldest planet in the solar system, despite not being the farthest, due to its lack of its own internal heat source.

The Hubble telescope, which has been orbiting Earth for over 25 years, views the universe with a completely different perspective than what we can see on Earth. While the telescope is not necessarily responsible for amazing images like this one, it can be given credit for other just as powerful views of the universe. Its prime position just above Earth’s atmosphere gives it the perfect view, unblocked by Earth’s gaseous perimeters.

The Juno spacecraft is on its way to Jupiter, getting closer and closer as the years go by. Having left in August of 2011, five years later, Juno is due to arrive in July of this year. It is going to be the first solar-powered spacecraft to reach as far as Jupiter. Its mission is to study the planet, in search of evidence of a solid core, understand its origin, to detect and measure its magnetic field, detect signs of water and ammonia in the atmosphere, and etc.

The distance between Earth and Jupiter is astounding, seeing as it is taking five years for Juno to reach Jupiter. Additionally, since Juno is only supposed to orbit around Jupiter for one year after travelling for so long, it will be really interesting to see what information the probe will gather.

This incredible photo from the rover Opportunity pictures the Endeavor crater rim. It’s truly amazing how that even 12 years after being sent, Opportunity is still sending back photos this amazing.

Opportunity is the longest-running Mars Rover, having been exploring and taking pictures of Mars since 2004. Opportunity has been documenting mineral samples, craters, and even the discoveries of the existence of water since it embarked. Having many difficulties, including being stuck inside of a sand dune for several weeks, the rover is still moving, and sending images similar to the one above. 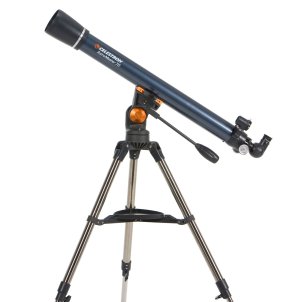 Johannes Kepler (December 27, 1571- November 15, 1630) discovered the three laws of planetary motion, which Isaac Newton used to create his own set of laws. Kepler also used his discoveries to adjust Copernicus’s vision of the universe, making it so that the Sun had a more active role in causing the planet’s orbits

Other Things Happening in the World at the Time

Ieyasu, one of the shoguns of Japan, moved Japan’s capital to Edo, now modern-day Tokyo.

Learning about the context of certain events helps to “set the stage,” so to speak. Context gives a backdrop to the reasons behind why philosophers and astronomers were seeking to accomplish in their studies. The rise in questioning the validity of religion to the Renaissance was the catalyst for making new discoveries about the universe as we know it.